Why Monero Has the Most Critical Thinking Community 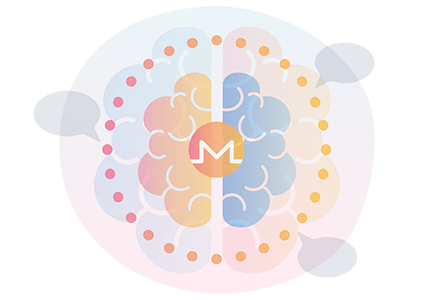 Each individual has their own story about traveling through the wild west that is cryptocurrency. Some find a place to speculate, some find friends, and others find technology they believe in. Despite the differences, there are commonly many similarities, even across different cryptos and communities. One of these is the disturbing likeness to cultish behavior engaged in many of the crypto communities.

These behaviors aren’t hard to spot. An inability to take any criticism and the willful ignorance of flaws, even in the face of evidence are but a few examples. In some spaces, the cheerleading becomes so blatant that any negativity whatsoever becomes grounds for disciplinary action.

As a cryptocurrency traveler trying to support good projects and not lose all of your money, all cryptocurrency enthusiasts are encouraged to think critically and evaluate projects based off of their real world value, but what about approaching it from the other direction? Are projects themselves supposed to be self critical and self aware?

We argue yes. The community itself is a reflection of the project and the leaders in it. Furthermore, a savvy community will expect more from their developers, and be able to critique proposed solutions rather than blindly trust and accept that any developers are working for the benefit of the users rather than themselves or external interests.

Conversely, a community that only cares for price and is not able or willing to critically self-evaluate (or let others evaluate) is doomed to wallow in mediocrity.

As a project, Monero tries to hold its developers, researchers, leaders, and community itself to the highest of standards, and minimize the risk of growing complacency and destructive apathy.

One of the ways that Monero does this, is to hold a weekly Skepticism Sunday on the community subreddit. This is a place where people can voice their concerns about Monero, the protocol, the leadership, or any other concern they might have. It’s a place where questions and even distrust is outright encouraged, and considered necessary for the health of our ecosystem.

This comes in stark contrast to many other communities, which don’t just avoid critique, but often encourage apathy and turned-off minds from their community. This may seem harsh to say, but it’s impossible to look at the ecosystem-wide banning of naysayers, shutting down of conversation, and encouragement of cheerleading that is seen in the meeting places of other coins and not come to this conclusion.

That’s not to say that Monero doesn’t have cheerleaders itself, because it does. The interesting thing however, is that many community members will call out these cheerleaders and call them to a higher standard of behavior. In fact, Monero goes so far as to consider unnecessarily excessive cheerleading as spammy and will seek to reroute it to more appropriate places, or remove it entirely.

The threat of stunted minds must be taken seriously. Privacy is an arms race where everyone must be on their toes, and cries of “Monero is the best!” and “Nothing can beat Monero! It’s unbreakable!” only detract from the urgency of the battle. Coming from this perspective, a lack of critical thinking and healthy skepticism in a community isn’t just annoying or cultish, it can lead to the fall of the protocol itself.

In many ways, we can look to Bitcoin for examples of how this plays out in real life. Bitcoin maximalists will often spout and virtue signal to each other about Bitcoin’s merits, and whenever issues of privacy, fungibility, or scaling come up the questions are hand-waved away and the offenders are ousted from the community. All too often have people with legitimate questions found themselves banned, blocked, or otherwise ostracized from participation in Bitcoin communities, just because they wouldn’t fall into line on the agreed upon rhetoric and dared to ask questions.

Time and again, these weary travelers find their way to Monero, and, after spending some time in the community, have praised the project for its level-headed discussions and lack of fear from uncomfortable questions. It’s not unheard of for these travelers to even want to discuss other coins, not because they want to shill, but because they grow to trust the reason and logic of the community and want honest opinions of another coin, something they can’t get in the coin’s community itself.

Even the fact that Monero has continually hard forked in the past and present has shown the humility and power of the project. While some may decry hard forks as centralization on developers, which is true to an extent, it shows that the developers understood that the odds of them getting everything 100% right on the first go is slim. Things will need to be improved, and maybe even replaced entirely if Monero wants to remain competitive in both the privacy and cryptocurrency spaces.

Often times, these changes break backwards compatibility, a big no-no in the Bitcoin protocol, where everything has to be a soft fork and backwards compatible. But this means that each individual change that Bitcoin makes to itself has very limited reach in scope. They are weighed down by their past, and improvements must honor it, often times senselessly. Whereas Monero’s changes can be sweeping, and will often times improve the protocol and privacy by several orders of magnitude.

This can be seen easily in the inclusion of RingCT. Before, Monero only included stealth addresses and ring signatures, and amounts were visible. Shen Noether, an MRL researcher, modified an existing protocol that hides amounts for Monero, but it’s inclusion would break backwards compatibility, meaning old-style transaction with transparent amounts wouldn’t be allowed anymore.

Monero took this risk, and the end result was a much improved privacy that solidified Monero’s position as the king of privacy coins. But that’s not all it showed. This fork, as well as the several after, as well as all of the following encouragement of skepticism, humility, and questioning within the community, also solidified Monero as one of the sharpest, most critical collection of minds in the cryptospace.