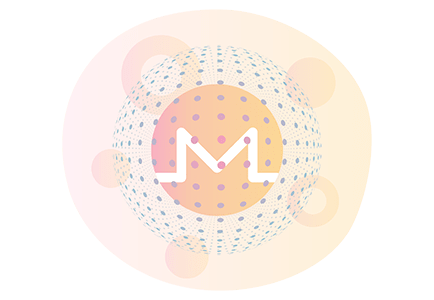 Blockchain is a myriad of disciplines all squeezed together into one. It brings elements of technology, economics, and game theory into its security models. This means that it is one of the most involved and intricate pieces of technology to date, but also means that a deep and thorough understanding is impossible without learning the fundamentals of each puzzle piece that shapes it.

One part of blockchain that is not often discussed is competition. Each cryptocurrency is often evaluated on its own merits, and even against the cryptocurrencies most like it, but few are evaluated based on what they offer the market as a whole, and how many people are using it. Taken further, a cryptocurrency must analyze how many use it, know about it, or otherwise interface with it in any way. This concept is known as a network effect.

A non-blockchain example of a network effect is social media. If all of your friends are on Facebook, then when you are choosing which social media you want to be heavily involved in, your friends' choices factor into this decision also. The fact that most of them are on Facebook may influence you to join it as well. And when you are deciding whether or not you want to leave the platform, the fact that you might lose contact with some of these friends will also influence this decision. This is the network effect in action. After adoption reaches a critical mass, further adoption becomes easier and is often fueled by the network's current participants.

When we look at this in the context of blockchain, and indeed commerce in general, the power of network effects quickly becomes evident. If Bitcoin is the crypto that most people know about, and is the one that most people buy, then more merchants will accept it. If more merchants accept it then there is more places to use it, so more people will buy it, and more people will know about it. It becomes a big positive feedback loop that snowballs. At this point, a merchant might be approached about using another cryptocurrency but will question why it's needed since they already accept Bitcoin and it’s what everyone uses and accepts.

While it is undisputed that Bitcoin is far and away the largest cryptocurrency, there are others that are considered top in their niche. Monero is one such coin, being considered by many to be the premiere privacy coin, though different people have varying opinions about whether or not Monero is even competing in the same space as Bitcoin. This is because Bitcoin has placed all its cards on its transparency for the sake of verifying the total amount (though this is also possible in Monero, albeit in a much more roundabout way).

So where does Monero currently stand in this game of network effects? Where did we start? What does the future hold? Well, let’s start at the beginning.

It's interesting to note that in Monero's early days, it was one of three ways to do privacy. Coinjoin, CryptoNote, and Dash's masternode/coinjoin hybrid. The options were limited, and definitely not peer-reviewed, but that didn’t stop people from choosing a side. In this older era, it was anybody’s game, and some decided to sit back and let the cream rise to the top. Time eventually proved to be on Monero’s side, as other privacy cryptocurrencies came and went.

This established Monero’s network effect as the coin paving the way for others in privacy. Even as newer technology came along, such as Zcash’s zk-SNARKs, and MimbleWimble, the masses looked to Monero for leadership and sane discussion on these new protocols.

At present time, Monero is one of the few universally respected projects in the space. From crypto noobies to Bitcoin maximalists, all of them view Monero with at least a begrudging respect, though more often it’s with higher acknowledgments. When veterans of the space talk about the coins that have the highest chance of making a difference in the world, and will last through trial and tribulation, Monero never fails to be present.

These last few paragraphs are not just self-congratulatory, but an honest look at what the crypto landscape is like at time of writing. The network effects of Monero are becoming more and more apparent every day, and show up in unexpected places.

People are quite divided when it comes to Monero’s future, but all opinions point to Monero doing its job well. The biggest example of this is regulatory concerns. Some are afraid that Monero is too private, which will cause an inevitable clash with the governments of the world, while others are excited for how this privacy brings freedom back to the common person. At the root of both of these views is the idea that Monero fully delivers on its promise of privacy and fungibility, and it is often the only coin in such conversations as most other ‘privacy coins’ do not.

As Monero’s community tries very hard to be rational and skeptical, it is not afraid of new technology. Other coins, who care more about the competitive side speak constantly of ‘dethroning’ Monero, and how Monero should be scared of their new tech that will take over the privacy world. In other words, they think their new tech will overcome Monero's established network effects in the privacy circles.

Unlike Bitcoin, which primarily relies on its network effects to stay relevant without much underlying innovation, Monero has decided to embrace both. New, vetted technology is added to make Monero more private and secure, ensuring that Monero’s network effects are never the sole purpose for its status, but rather a result of innovation and hard work.

In this sense, one has to wonder how long a technology like Bitcoin can rely solely on its existing network effects to stay relevant. The case is presently strong, with no coin coming even close to matching Bitcoin’s brand recognition and collective brain space, but we must remember that many other juggernauts in other industries thought themselves untouchable, only to face their own downfall due to lack of innovation.