Why Monero Is a Better Store of Value Than Bitcoin 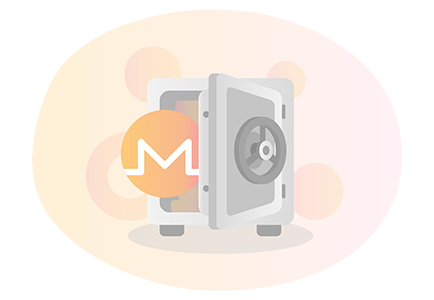 It’s a common talking point (and one we fully believe) that Monero makes a better medium of exchange than transparency coins, including Bitcoin. This is because Monero's inherent privacy makes it impossible to track, sidestepping many dangers that arise from having your money flow available to all interested parties. As well, the privacy unlocks fungibility, so users can feel confident that every Monero exchanged for a good or service is equivalent to any other since there is no associated past.

As common as this talking point is however, there is another that usually pops up alongside it; that while Monero may be the better medium of exchange, Bitcoin is the better store of value. It’s not uncommon to hear this, even within the Monero community. Use Monero like a spending account, and use Bitcoin like a savings account. When pressed for reasoning, these users don’t even think it’s necessarily because Bitcoin’s price rises at a higher rate than Monero’s, but because Bitcoin has ‘properties’ that make it like digital gold.

We wholeheartedly disagree with this idea and would like to expand on why in this article. Bitcoin’s radical transparency does more to detract from its properties as a store of value than people realize. The first, and most obvious example of this is imagining another commonly accepted store of value, gold, with the transparency that Bitcoin has.

What would happen to the trust in gold if it was possible (trivially many times) to link an amount of gold to an individual or group? Would it still be used as it is if every time gold is transferred it is known that a transfer occurred, who the sender and receiver were, and what amount of gold was transferred? We think not.

One of gold’s properties, that is inherent to it being a real world object, is that it is naturally private. One can artificially give it a history by branding previous owners into a bar of gold, but these can be easily removed by melting the bar down and remaking it, an option that is not present in Bitcoin.

This transparency in motion, while destructive enough on its own, is not the only flaw gold would have if all info about its movement was available to everyone. By nature of knowing the flow of gold, we could identify which real world entities have large stores of it. Some of these might not be institutions, but individuals without large scale security set ups. It’s not unheard of for the common person to purchase gold as a hedge against catastrophe, and we now know that Joe Schmoe down the street has 10k dollars worth sitting somewhere in his house. Not information that Joe probably wants the world to know.

A good store of value doesn’t just mean that the price is stable or will possibly go up, it means that the holder feels comfortable and confident in the security of where they have chosen to put their money. So, with radical transparency, gold becomes uncomfortable in motion, and potentially dangerous at rest. It’s good to know then that this was just a thought experiment and gold does not have these properties. Gold investors can breathe a sigh of relief.

But the same can’t be said for Bitcoin.

Monero’s privacy does indeed provide much better security both in motion and at rest for anyone that wants to use it as either a checking account or a savings account.

Proponents of Bitcoin will argue, however, that Bitcoin is more secure as a store of value because it has a larger hashrate behind it, so the chain is much less likely to be rewritten (i.e. your coins in storage may be taken), and while this is currently true, it is a social problem that can be changed with time rather than a foundational technological one that is unlikely to ever be rectified.

A second argument for Bitcoin is that it has a fixed supply, whereas Monero has a tail emission. This is extrapolated to mean Monero has an infinite supply, so it is as unfit to be a store of value as fiat. On the surface, this is definitely the more persuasive argument of the two, so we would like to address this one in detail.

While Monero does have a tail emission, this is to ensure Monero’s long term security. Once the last Bitcoin has been minted, there will be no more block reward, leaving the fee market alone to incentivize miners to secure the chain. There is already preliminary research that suggests this will not be enough, and the security of the chain will drop dramatically, leaving the chain vulnerable to 51% attacks.

Ultimately, this means you have accumulated a store of value that you can never move for fear of an attack. Going back to gold, would gold be at all useful as a store of value if it was impossible or prohibitively dangerous to move around, sell, or exchange? What good is inaccessible value? What good is an accumulated millions of dollars in stored value if it can only ever sit in what might as well be a bottomless pit forever?

Let’s address the other part of this criticism rather than hand-waving away the Monero portion of the problem. The tail emission. While it’s true it has a purpose, some might see the mere existence of the tail emission as evidence that Monero cannot be scarce and works just like fiat. This is also not true. Fiat has a percentage based inflation model, and even this is not set in stone, but rather subject to an opaque body of corruptible humans. This contrasts with Monero, which inflates linearly, meaning over time the inflation trends toward zero. As well it means that, unlike fiat, inflation can be easily calculated and planned for with certainty.